Indians respect traditions, cultures. It is the land, where people always value social goals and goodness much higher than personal prosperity. Here, many have given up the allure of easy success for fulfilling the visions of their fathers and ancestors. SOUTHERN LABS and its promoters follow the same well-admired Indian story.

Mosquito is the enemy of humanity. World Health Organization (WHO) considers them as one of the deadliest animals (insects are part of the animal kingdom too) in the world. And India remained a hotspot of mosquito-borne diseases for centuries. In fact, Dr Ronald Ross conducted his Nobel-winning work on transmission of malaria by mosquitos in this country. Being a region of hot and humid weather, India suffered more death from malaria than all wars fought on this land together.

At the beginning of this century, one man took the resolve to fight the menace of mosquitos. His vision was to innovate mosquito repellent technology and make the fruits of his work available to millions of fellow Indians–millions who helplessly suffer from mosquito-transmitted diseases and discomforts.

Mosquito-repellent technologies stated reaching mass markets much earlier, in the mid-20th century. Many of Indian homes can still remember the bland smell of Kachhua(tortoise)-marked coils. However, these were not good for human health. Prolonged exposure caused health issues. Besides, quality products were expensive for ordinary Indian families.

Shri S. Prasannakumar owned the challenge of innovating safe and effective mosquito repellent products with indigenous means; to make quality repellents available and accessible to everyone; to save people from discomforts of mosquitos and life-threatening diseases transmitted by mosquitos.

The idea took the shape of QUITMOZZ. It is the brand which flourished manifold today towards the vision and mission of its founder. Southern Labs is the organisation that Shri S. Prasannakumar established. Till date, Southern Labs walk the talk through its industry-leading research and development initiatives. Its products are of global standards in every possible sense, starting from using only the WHO-approved repellent compounds to leveraging natural insecticide power of Ayurveda and Indian herbal ingredients. In an industry dominated by only a handful of players and stifled innovations, Southern Labs is a real exception.

Recently, the organisation has received a fresh shot in the arm. Mr Srikant Prasannan, the son, has taken over the helm to steer the ship forward with the singular dedication to its vision and mission, with 21st-century resolve. As a CEO, he brings on the table his technology background with management expertise in Marketing and Finance. The company have already garnered a prominent presence across national as well as international markets. Its state-of-the-art infrastructure and GMP-certified operations prove its commitment to brand integrity and respect for consumers’ interests.

What People Say About Us 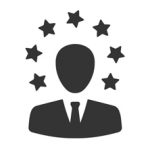 Got at good price. Nice fragrance. Thumb up.

I tried a few products of this new brand. Working for us well. But it certainly is able to keep mosquitoes at bay. 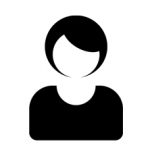 Have been using this throughout the summer and monsoon season and it seems decently effective. I won't say it gets you rid of the mosquitoes, but definitely, there is a difference if you switch it on or when you do not. So it surely does 'something'.

Tried this new brand. Good smell. Yes, mosquitoes seem less...infact absent. I got coz it's organic and I'm not allergic. But unlike chemical-based this seems safe.